This site uses cookies to improve your experience. By viewing our content, you are accepting the use of cookies. To help us insure we adhere to various privacy regulations, please select your country/region of residence. If you do not select a country we will assume you are from the United States. View our privacy policy and terms of use.

Once the IoT devices are in production, if a new use case or application comes to that device, we will go over the air update (OTA) to update the new firmware into the component. In this blog, we will look at how to create a custom job using AWS IoT device management and Amazon S3.

I keep on finding security issues at IoT vendors cloud services, and that saddens me. That is why I joined Xebia to learn more about cloud security and help IoT vendors to fix security issues with their cloud infrastructure. The default security of our IoT devices are improving.

Roadmap Personas: The Best Way to Set Expectations for Teams, Clients, and Leadership

IoT device use has recently increased in applications such as agriculture, smartwatches, smart buildings, IoT retail shops, object tracking, and many more. AWS IoT Analytics will enable you to convert unstructured data to structured data and then analyze it. TABLE OF CONTENT.

Roadmap Personas: The Best Way to Set Expectations for Teams, Clients, and Leadership

How IoT Impacts The Finance Sector

Is Your IoT Pilot in Danger?

Take our short quiz to determine if your IoT pilot is set up for success, or at risk of being delayed. 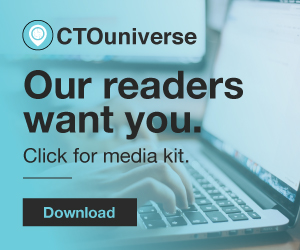 Creation of IoT Rule. Whenever some parameters threshold exceeds, we must notify the end users, in this blog we will look at how to include IoT alert notifications using an AWS IoT Rule and SNS. Just a matter of time IoT_alert Topic will be created. Creation of IoT Rule.

How to Develop IoT Applications: A Complete Guide for 2022

People create IoT applications; people use IoT applications—the world’s technology grows from the internet to the Internet of Things, from middlemen transaction processes to Smart Contracts. How do you develop IoT applications ? There is a demand for IoT applications, but launching into the building process without a thorough step-by-step outlook will leave you with an application you cannot use because it is poorly built. 4 Stages of Building an IoT App.

The most common thing I hear from developers who are building internet of things (IoT) solutions is: It isn’t easy. There’s also no shortage of technologies to choose from for deploying an IoT solution. The post Closing the Education Gap for IoT Developers appeared first on DevOps.com.

Chip-to-Cloud IoT: A Step Toward Web3

During the first six months of 2021, IoT devices were breached 1.51 This problem can be attributed to the widespread adoption of the internet-of-things (IoT) and the Windows Server Message Block (SMB), and neither can be avoided in the […].

The Internet of Things (IoT) sees most of its usage in the domain of asset tracking. Companies can make better decisions about their products if they can keep track of where their precious cargo is and therefore, location-based applications of IoT have always been dominant use cases.

IoT Developers: Get Familiar With LoRaWAN for 2022

IoT Analytics forecast the global number of connected IoT devices would grow to 12.3 The post IoT Developers: Get Familiar With LoRaWAN for 2022 appeared first on DevOps.com. billion active endpoints in 2021.

An Overview of IoT eSIM Technology

The number of internet of things (IoT) connections are expected to reach 25 billion by 2025. As the IoT device connections increase, there is more demand for cellular connectivity from the enterprises and industries that use IoT devices. What is IoT eSIM?

How to Develop IoT Applications: A Complete Guide for 2022

People create IoT applications; people use IoT applications—the world’s technology grows from the internet to the Internet of Things, from middlemen transaction processes to Smart Contracts. How do you develop IoT applications ? There is a demand for IoT applications, but launching into the building process without a thorough step-by-step outlook will leave you with an application you cannot use because it is poorly built. 4 Stages of Building an IoT App.

Why Trust and Integrity are Critical to IoT

We hear a lot about how the IoT is transforming people’s work and daily lives, but for me, its impact goes deeper. As a Type I diabetic, I depend on data from an IoT device to stay healthy. The post Why Trust and Integrity are Critical to IoT appeared first on DevOps.com.

The basic flow of data can be summarize like so: Events are emitted by IoT devices over OPC-UA or MQTT to a local broker. Industrial IoT (IIoT) solution overview diagram. The second, more modern option is MQTT, now available on most IoT devices and certain industrial equipments.

Cloud infrastructure is generally immune to IoT related threats however there are some exceptions – one of these is “Muhstik”. The post Meet Muhstik – IoT Botnet Infecting Cloud Servers appeared first on Lacework. Blog labs botnet Cloud Security iot

As more IoT devices track data to improve customer UX, privacy concerns are becoming more prevalent. The internet of things, or IoT, is a system that has changed the way we perceive technology. The post Balancing UX and Privacy With IoT appeared first on DevOps.com.

Compressed air and the IoT

Integration & APIs IoTThe paint job on your car is beautiful; it turns heads and reflects your personality.

Cisco Systems this week launched an IoT Dev Center as part of an effort to foster development of a new generation of applications that will be deployed at the network edge. Announced at the Cisco Live EMEA event, the IoT Dev Center provides access to sandboxes and tutorials for building highly distributed IoT applications that […]. The post Cisco Opens IoT Development Center appeared first on DevOps.com.

The Internet of Things (IoT) is being hailed as the next step in our technological development. The post IoT Security Concerns appeared first on DevOps.com. Blogs DevOps Practice DevSecOps Enterprise DevOps devops devsecops Internet of Things IoTIt’s hard to argue with that. The abilities it provides are as captivating as they are numerous: smart cars and homes, automatized agriculture, advancements in medicine that help with after-stroke recovery and the list goes on.

The post IoT, AIOps and OMG! Blogs DevOps Practice Enterprise DevOps AIOps Application Tooling devops IoT NetOps Object Management Group OMGThe task of keeping networking straight while expanding the definition of network to include both physical and virtual networking has fallen heavily upon the op-centric side of DevOps–or what I like to call devOPS. What is defined as networking has grown, sometimes at a ridiculous rate.

Top 5 Techniques for IoT Scalability and Their Challenges

The Internet of Things (IoT) is a technological framework that is being adopted in myriad industries at a fierce rate. Simultaneously, the number of connected IoT devices is also increasing rapidly, posing the need to improve one of the most important aspects of IoT - scalability.

What’s the State of IoT in the Real World?

Smart homes, wearables, automated cars are some of the popular concepts that introduced the world with the IoT technology and its potential applications. Artificial Intelligence Internet of Things (IoT

In 2022, there are three growing trends for the Internet of Things (IoT) that could impact the organizational aspects of your progress. IoT Advanced Analytics

The Queen’s Gambit of IoT

Today is IoT Day , when those of us in the IoT community are encouraged to get together and learn from each other by talking.

By ensuring high reliability, high quality and resilience for Internet of Things (IoT) deployments , your projects won’t fail at scale.

The programming language Rust is gaining more and more fans among IoT developers. It is no surprise, given that it offers many perfect features for developing IoT applications. Here, we will take a closer look at why Rust is such a great choice for IoT development.

4 Things to Do When Running the Iot Zoo

The post 4 Things to Do When Running the Iot Zoo appeared first on DevOps.com. Blogs IT as Code IT Security Internet of Things IoT IoT devices network-connected devices operational technology OT devicesZoos are fascinating places.

Securing and Managing IoT and IoMT Devices in Healthcare

Unit 42 researchers at Palo Alto Networks recently analyzed crowdsourced data from security assessments of more than 200,000 infusion pumps on the networks of hospitals and other healthcare organizations using IoT Security for Healthcare from Palo Alto Networks.

The growth of IoT has resulted in improving connectivity amongst devices worldwide. Green IoT represents the energy efficient procedures adopted by IoT devices to achieve a sustainable and safer world.

Primer: What DDoS attacks could mean for IoT

IoT-initiated attacks like this one, he says, are smaller in scale and less potent than traditional DDoS attacks. Even without a boost from IoT devices, application layer attacks are becoming more common. Features attack botnet DDOS denial of service distributed denial of service DoS hack Internet of Things IoT Mirai security WannaCryWhen a headline screams something like “worst DDoS ever,” it’s often accurate.

Read why Gary Audin says that it is time to realign focus from thinking about the endpoint devices to the Internet of Things data that is produced on IoT Evolution […].

IoT survey from Palo Alto Networks highlights the need for shared responsibility among remote workers and IT teams to secure their enterprise. IoT Analytics expects that by 2025, there will be more than 30 billion IoT connections, which is almost four IoT devices per person on average.

IoT Trends: How AI/ML and Edge Computing is Influencing the Future of IoT?

and IoT. At its heart, IoT encompasses the collection and analysis of data, insights, and automation of processes involving machines, people, things, and places. Since AI and ML drive all innovations in both 5G and IoT, their coming together is seen as a natural phenomenon.

Why is the Internet of Things like rugby? Because, in both, it is important to train, learn and evolve.

Integration & APIs IoTThere are plenty of good ideas out there for using the Internet of Things but, without integration, many will fail.

The IoT industry is no exception. Internet of Things (IoT Technological advancements and innovations are helping organizations to cope up with the disruption caused by the outbreak of the global pandemic.

Join 29,000+ Insiders by signing up for our newsletter

BE IN THE KNOW ON

Expert insights. Personalized for you.

We organize all of the trending information in your field so you don't have to.
Join 29,000+ users and stay up to date on the latest articles your peers are reading.

Get the good stuff

You know about us, now we want to get to know you!

We've sent an email to . Please verify that you have received the email.

We have resent the email to

Let's get even more personalized

Are you sure you want to cancel your subscriptions?

Get the good stuff

You know about us, now we want to get to know you!

Let's get even more personalized